Recipe stolen from Hugh Fearnley-Whittingstall and put here to remind me where it come from....

For the green sauce

Put the brine ingredients in a large pan, add five litres of water and, over low heat, stir until the sugar and salt dissolve. Bring to a boil, bubble for a few minutes, remove from the heat to cool, then refrigerate until cold.

Put the tongue in a non-metallic container. Cover with the brine, weighting it down, if necessary, to keep it submerged, and leave in a cool place or fridge for four to five days.

Remove the tongue from the brine and soak in fresh, cold water for 24 hours, changing the water at least once more. Put the tongue in a pan with the bouquet garni, vegetables and garlic, cover with fresh water and bring to a gentle simmer. Poach very gently for two and a half to three hours, until tender and yielding. Lift out the tongue, cool and peel off the coarse outer skin.

To make the sauce, finely chop the herbs and put in a bowl with the capers, anchovies and garlic. Add the mustard, seasoning and vinegar, toss, then add enough oil to loosen the mix to a spoonable consistency.

Cook the lentils as per the packet instructions (though adding a bouquet garni to the cooking water), then dress with oil and season. When the tongue is completely cold, cut into 1 cm slices and serve with the lentils and green sauce. 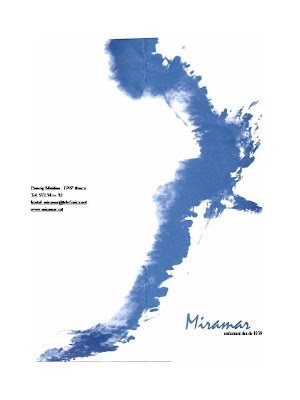 I wanted to make a simple clean tasting fish soup. The motivation was my desire to have a fish soup and J's refusal to contemplate eating such. Basically the idea here is to make a vaguely oriental soup based on butternut squash and then add the fishy element afterwards.

Soften shallot in a little bit of vegetable oil in a soup pot at medium heat. Add spices and let them roast for about a minute. Add butternut squash and stock and let simmer until the squash is completely soft about 15 min. Remove the lemongrass and whizz the soup up in a food processor or using one of these very clever magic wand things.

Bring soup back up to simmer and slowly add the coco nut milk. Do not add the full tin as that may make the soup too rich (not all butternut squashes are the same size after all) add until you like the consistency and taste of the soup. Let the soup simmer until the milk is fully settled into the soup. At this point what you have is beautiful vegetable soup which I would have happily had as such after adding salt.

The point however was a fish soup. At this point start adding fish sauce one tablespoon at a time. It is important to give the soup a couple of minutes of simmering before adding more fish sauce as it is very potent and salty and you really won't know if you have added enough until it has had time to settle. Continue until the soup is slightly fishy but not salty to the taste.

Add fish, bring back to simmer until fish is ready. Serve with a few leaves of coriander and a line of best EVOO.

Posted by thoroddsson at 7:38 PM No comments: Links to this post

Spanish Meat balls (Albondigas)
Place the mince in a bowl with the shallot, garlic, parsley, egg, salt and pepper. Mix well then shape the mixture into 12 small, firm meatballs. Heat the olive oil in a large frying pan and cook the meatballs for 5 minutes, turning frequently until evenly browned. Add the tomatoes, wine, pimento and sugar, with salt and pepper to taste. Bring to boil cover with a tight lid and transfer to 150 degrees owen for 45 - 60 min.
Posted by thoroddsson at 11:03 PM No comments: Links to this post